The Blazing World is an alternate dimension in which Prospero currently resides, and from where he gives his orders to Mina Murray and her League. Mina, Allan Quatermain, and Orlando have also visited the Blazing World several times.

The Galley-Wag's ship is one of the few means to travel to and from the Blazing World. The entrance to the Blazing world is located near the North Pole. According to the Dutch Dolls, there is another, similar dimension (assumed to be Megapatagonia) near the South Pole.[1]

It was this realm from which the extra-dimensional traveller Christian, a member of the first league led by Duke Prospero, had come in the late 1680s. The league disbanded when Christian returned to this realm, and it was where Prospero, Caliban and Ariel also departed to many years later.[2]

The Blazing World was created by Margaret Cavendish, and first appeared in her prose writing The Description of a New World, Called The Blazing-World. She described it as a fanciful depiction of a satirical, utopian kingdom in another world (with different stars in the sky) that can be reached via the North Pole. It is the only known work of utopian fiction by a woman in the 17th century, as well as one of the earliest examples of what we now call 'science fiction'. 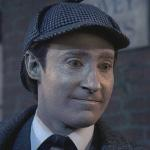