The Nautilus was a submarine created and captained by Captain Nemo. The submarine was used by Nemo to explore the seas, and to sink warships in his vengeance against imperialism.

The first Nautilus was used for decades by Nemo to sink British vessels. This would inevitably earn Nemo the reputation as being a fanatic and scourge to the British Empire. The vessel was caught in a maelstrom off the coast of Norway after it had sunk another British warship.

The Nautilus in the first and second volume of the League of Extraordinary Gentlemen is the second model of the Nautilus.

In June of 1898, Nemo responded to a request by British Secret Service to become part of a "menagerie" of special agents acting in defense of the British Empire. Although Nemo despised the British, he agreed to lend his services to the crown and the Nautilus became a de facto base of operations for the League.

The Nautilus was used during the investigation of The Doctor since the docks were closer to Limehouse (as it was the location of The Doctor's activities) than the British Museum. The Nautilus was pivotal in rescuing the League on two occasions during their investigation on The Doctor and against Professor James Moriarty. It also participated in defending Britain against the Martian invasion in which it prevents Martian Tripods from crossing the Thames River before it was immobilized from the invaders' Red Weed.

After Nemo left the League and soon passed away in 1910, at Nemo's dying request, the Nautilus was repainted black and installed with Nemo's skull on the forecastle. Its ownership was passed on to Nemo's daughter Janni , in which the retrofitted submarine attacked the dockyards at the East End before leaving with its new captain. The new design lacks the kraken section and is referred to as The Black Raider by Suki Tawdry.

The black Nautilus is updated with an 'Art-Deco' design in the 1920s. This model is seen in Heart Of Ice, during Janni's 1925 expedition.

The Nautilus is updated again for use in naval combat during the Second World War. This model also features the Nautiloid, a mini sub.

A newer model developed by Jenny Nemo, seen in 1969.

A nuclear-powered model of the Nautilus used by Nemo's great-grandson, Jack Dakkar.

A 2009 Nautilus built on Lincoln Island by Jack Dakkar – capable of space flight.

A version of the Nautilus appears in the 2003 film, wherein Nemo describes it as the "sword of the ocean". The ship bears virtually no resemblance to its comic book counterpart, herein being silver-coloured and blade-shaped with Art Nouveau styles on the exterior, while some Hindu architecture exists on the interior. In the film, Dorian Gray steals designs of the ship to further Professor Moriarty's arms-race agenda.

The Nautilus first appeared in Jules Verne's novel 20,000 Leagues Under the Sea. The comic version of the Nautilus does not appear to have the three-sided spike on the nose that allowed it to sink so many ships. It is one of the only parts of the Nautilus that is described in detail. This is explained because this is the second model of the Nautilus while the model that sunk ships has become outdated.

The third model is mildly inspired by the ship referred to in Brecht's Threepenny Opera,

The Black Freighter dubbed in this series "The Black Raider" by Suki Tawdry. Alan Moore previously alluded to this element of The Threepenny Opera in "Tales of the Black Freighter", a story-within-a-story in the DC Comics limited series Watchmen, which he co-created with Dave Gibbons. 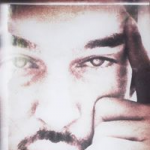